How Did 7UP Get Its Name? - Business Name Zone Blog 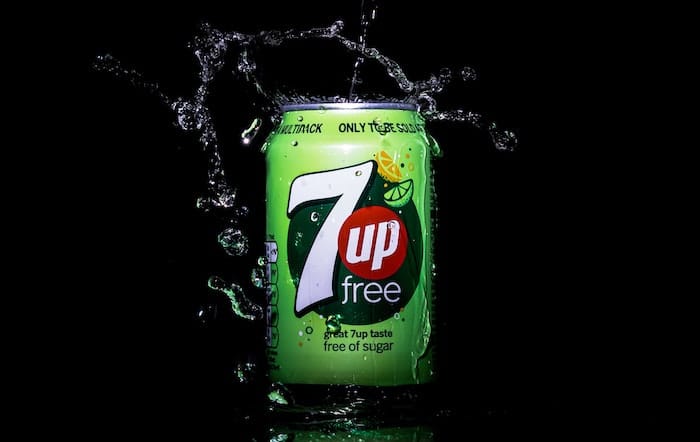 7UP is a lemon-lime soda invented in 1929, shortly before the Great Depression, by Charles Leiper Grigg.

At the time of its invention, it was not known as 7UP – it was called “Bib-Label Lithiated Lemon-Lime Soda”.

So, how and why did the original name change to 7Up?

To understand why the name was changed, we need to know a bit more about Charles Leiper Grigg.

At the time of 7UP’s invention, Grigg had already created two soft drinks named “Whistle” and “Howdy”. It must have been shocking to hear that Grigg called his new drink “Bib-Label Lithiated Lemon-Lime Soda”!

And there was a reason for this strange name.

7UP was originally released and marketed as an over-the-counter medicine. The original name reflected the inclusion of lithium citrate in the drink. People thought that lithium citrate can be used to help treat manic or bipolar disorders.

Lithium citrate was a mood-stabilizing drug and was an ingredient in the drink until 1948 when it was banned by many governments.

When lithium citrate was eliminated as an ingredient, the name was changed to “7 Up Lithiated Lemon Soda”, and later, to 7UP in 1936.

But how did Grigg come up with the name 7UP?

Grigg shortened the name from its tongue twister origins and called the drink “7 Up Lithiated Lemon Soda”. But that was still a mouthful, so he shortened it once more and simply called it “7UP”.

There are many theories on how 7UP got its name. Popular theories include:

Grigg never shared why 7UP was named 7UP. He left behind an interesting question that soda fanatics will argue over for the foreseeable future.

But, most likely, 7UP was named for the ingredients in it. Grigg likely drew inspiration from Coca-Cola, which notoriously contained cocaine during the earlier years when it was manufactured.

And it helps that the name is short, memorable, sticks in the minds of consumers, and has a positive connotation.

Today, 7UP continues to be popular as a makeshift remedy for congestion (one of those quirky at-home remedies that people swear works!) or a way to beat the heat during summer. 7UP is currently run by descendants of Grigg and Keurig Dr. Pepper currently owns it.