How did Oreo Get Its Name? - Business Name Zone Blog 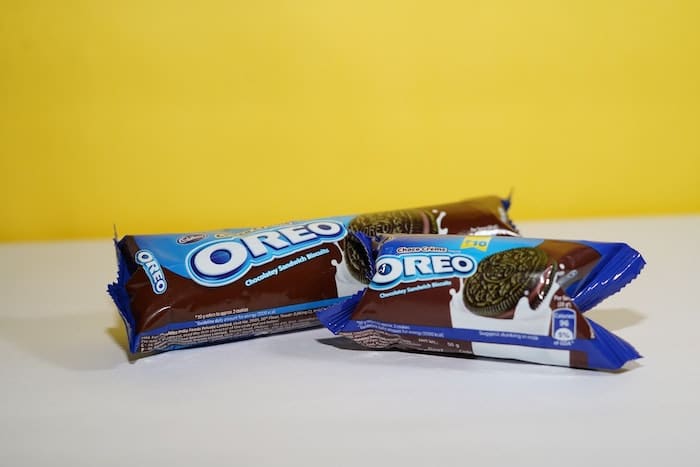 Oreo cookies, produced by Nabisco, are the best-selling cookies in the United States and have been around since 1912.

Oreo cookies have spurred countless variations, are available in over 100 countries, and even have a street named after them.

These sweet treats are incredibly popular thanks to their simplicity and quality.

When Oreos were first introduced, they were marketed as an imitation of the famous Hydrox Cookies, produced by Leaf Brands, released four years prior.

Fortunately for Nabisco and Oreo cookies, Hydrox went out of business shortly after Oreo cookies were released.

But how did Oreos come about, and why are Oreos called Oreos?

The word Oreo may have come as a derivation from the French word or, meaning gold, or from an Ancient Greek root meaning mountain.

Some believe that the cookies are called Oreos because it is an easy name to remember and pronounce.

Food writer Stella Parks suggested the most compelling theory for why Oreo is called Oreo. Ms. Parks believes that the name comes from the Latin word Oreodaphne, referencing a genus of the laurel family (a family of plants comprising about 2,850 known species).

Nabisco, the producer of Oreos, had a track record of naming their products similarly.

The original Oreo cookie also had laurel designs, which further supports this theory for why the Oreo cookie is called Oreo.

When the Oreo was created in 1912, its original name was the “Oreo Biscuit,” and the word Oreo has remained in all product iterations. The name was changed to the “Oreo Sandwich” in 1921, and in 1948 the cookies were called “Oreo Creme Sandwiches.”

Oreo’s name kept getting longer over time. By 1974, the cookie was called the “Oreo Chocolate Sandwich Cookie.” Most people continued to refer to cookies as Oreos because it’s a simple name to remember.

The name of Oreos isn’t the only thing that changed over time. The physical design of the cookies has also evolved multiple times.

In 1924, a new design for the Oreo cookie was introduced, and in 1952, the modern variant of Oreo was implemented by William Turnier, the person responsible for designing Nabisco’s cookies. This design incorporated the Nabisco logo and has not changed since.

Oreo cookies have also substantially changed in taste since they were first invented. Sam Porcello, affectionately known as Mr. Oreo, helped design the modern Oreo cookie by perfecting the cream filling. Mr. Oreo also helped create the “Double Stuffed” version of the cookie, which has twice as much filling.

How Oreo received its name remains a mystery, but what isn’t a mystery is the impact these black and white cookies have had in the sweets industry. They continue to remain popular despite the name changes and changes in flavor. Nabisco has recently introduced new flavors, including s’mores, strawberry frosted donut, brookie-o, and even gluten-free versions of the Oreo cookie.